The agent system has hit a beta stage that needs testing before it makes it mainstream. The Agent System introduces Teams and Departments.

New deployments do not require v1.0.10

How can you help?

I need existing users that are able to spin up a new trudesk instance with the develop (v1.0.11-beta) branch and restore their existing backup to test the agent system. Please report any issues.

What will happen during the upgrade?

Make sure you have a current Trudesk backup. In the event, the update fails you can revert trudesk versions and restore the trudesk backup

During startup after upgrading, trudesk will scan all accounts with the Admin and Agent flag enabled. Make sure these permissions are set currently on your current roles. The migration will remove these users from customer groups and put them in a default Support Team, tied to a default Support Department with access to all current and future groups.

How Teams and Departments work.

Support Agents are assigned to Teams as you see fit. These teams will get assigned to Departments which will grant access to customer groups. 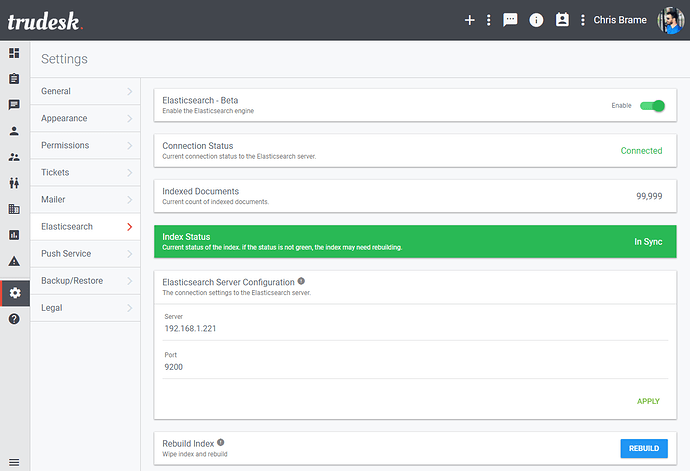 It has been a week. I’m finishing up some cleanup and will release on May 1st.
Please report any issues you may have encountered.

Unfortunately I can’t get it work since it says it isn’t located there. Any update on the URL?